The past few months have been interesting creatively as well as with the on goings of society as a whole. With times changing due to the pandemic affecting the entire world, the creative juices have been getting a dose of inspiration.

After mulling for a little while what type of puppets I will be creating for my featured artist month at the Collective Visions Gallery, I have come up with 3 puppets designs thus far. I will need 2 to 4 more though, but at least I have something to work towards for now.

Prior to all of this, I've been working on a few pieces for different show projects and the pics are posted below.

Right at the beginning of the self-isolation quarantine in early March, on my birthday, I treated myself to a short trip into Seattle to visit the Seattle Art Museum. It was the first time I'd been there and I bought a yearly membership, since I know I'll be going back. I also was able to meet Mirka Andolfo, a brilliant Italian comic book artist/illustrator/writer. She was in town for the Emerald City Comic Con, which was supposed to occur Mar. 12-15th,but was postponed to August due to the current pandemic, and signing comics for free at Golden Age Collectables! So I got a pic with her as well and you can see her work if you click on the pics I posted below.

In further news, my short horror film Penance (w/ Tonjia Atomic), was accepted to the West Sound Film Festival and will be screened during the news dates of August 14-16. I also submitted it to Crypticon (Sept.18-20), but won't know if it was accepted until July.

It was National Puppy Day just the other day, so here are our girls when they were just wee little munchkins for your enjoyment, followed by the latest pic of them together.


Recently I've been invited to paint my very own wall space at Amy Burnett's gallery. Her space has been sold already and is still in the process of closing, but meanwhile she has been inviting local artists to come paint the walls of the space while it's still under her name. Below is a pano pic of the basement wall space and my work in progress. I picked the jester/puppet combo to help market the Valentinetti Puppet Museum and our postponed March of the Puppets event. Date still to be determined.

The month of April was to be Collective Visions Gallery's Ars Poetica annual show. It consists of local poets (Kitsap County) and artists from a couple of Kitsap galleries, working together. A poem is written and submitted and an artist picks one or a few of them to couple with a piece of art already created or newly inspired to make. I chose 2 of those, being my first time participating, and below they can be seen. The second piece (painting) isn't fully finished yet. Enjoy! 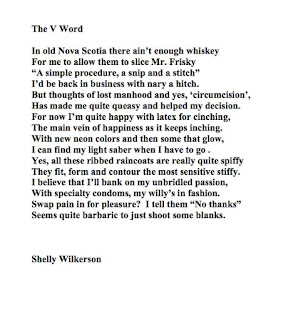 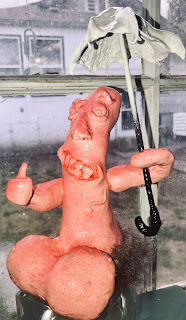 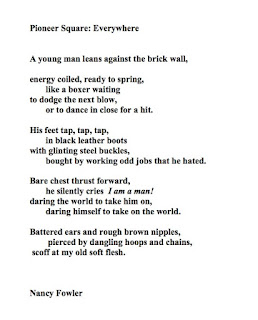