Why haven't you called or written me in such a long time?! I've just been staring at my screen and even duck taped the cell phone to my head for over a year now and think I may have radiation poisoning. Oh wait, MY FAULT! I think I may have mixed you all up with my new contacts from Zeta Alpha 9 that I made utilizing my SETI screen saver logs....buuuut never mind all that gibberish, HOW ARE YOU?? I have missed you so very much. All the silent contemplative moments we have had together.....Anyway! I am finally here to update you viewers/fans/friends/family/alien contacts/trolls on my latest adventures because I know you are just so dang interested in what's happening in my life that you'd take time out of your day/night/phlemflort just to read what I have to say. :)

The Return of Manos

So since my last post from a little over a year ago, a lot has transpired. The contacts I had made at Crypticon ended up getting me involved in the sequel to one of the worst films ever made, if not THEE worst film ever made, entitled Manos: The Hands of Fate. I'm fairly certain if you are reading this you know about that movie, if not check out this here linkoid:

So, yeah, basically I had met Jackey Neyman, who was Debbie (the little girl) in the original Manos movie, and Rachel Jackson, who performed/created a live puppet show entitled Manos: The Hands of Felt, at Crypticon in 2015. This led to further communication between Rachel and myself due to my interest in puppets, which is one of Rachel's mainstays. As you may have seen in previous posts, I love me some puppets! I had hit a wall when it came to finishing up the puppets I started creating in 2014 before the big move to the NorthWest and wanted to finish them up and get sage advice from someone very much in the know for that sort of thing.
Next thing I knew I was invited to film the Kickstarter pitch video for Manos Returns that Tonjia Atomic was going to direct. Being very good friends with Rachel, this new door opened for me to work with a local Seattle director that already had a few films under her belt and a new opportunity for me to network and do future projects with. And since I had filmed the pitch video for the new Manos film and also informed Tonjia of my past experience with acting in movies and the whole process of filmmaking in my toolbox, I was asked to audition for a role in the upcoming movie. Due to Christina being eyeballed for a role as well and the fact that we are a couple already clenched me getting the part as well as my Fiance getting to be in the film as well as my girlfriend!

So now it has been 2 weeks since we wrapped the principal photography of the movie and the editing is underway. The film is due out for its initial premiere in November and if you want to follow along with the status updates, you can find it on the following linkoid:

Beyond all this nummy goodness, I am writing out a script for my own film which probably won't be out until 2020 and enjoying life in the port town of Bremerton. Just a ferry ride away from downtown Seattle. A wedding date has been set for August next year and the family's will meet and make merry. The mutts, Neala and Sophie, are doing well and enjoying the freedom of a backyard to play in.

A few pics I have included below from the trip to Oregon to film Manos Returns. Enjoy! And don't forget, if you haven't already done so, click on the links to the right for the film pages (Vimeo and Youtube) to check up on progress or watch a short film you haven't seen yet with yours truly in it! Also like the Scour Studios FB page when you get a chance. I promise to try and be more current with my updates, but I feel like I am mostly just writing an online diary for myself to look at in the future. Hence the lack of any updates. 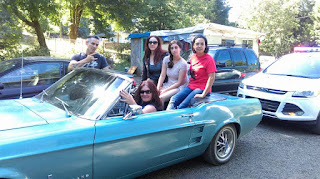 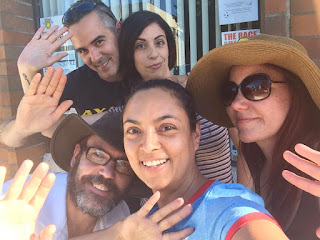 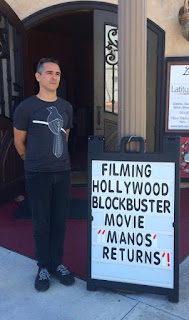 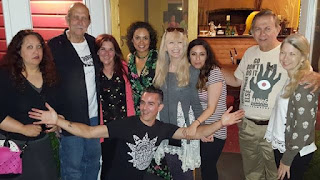 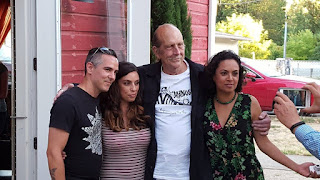